What is the impact of the Coronavirus pandemic on GCC Construction? 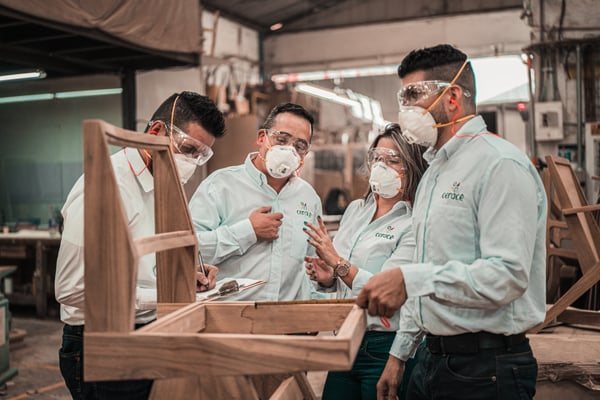 The novel Coronavirus which emerged in December last year from Wuhan city of China has killed over 2,765 people (as of 26 February 2020), and critically affected over 81,000 people globally.

Declared as a Public Health Emergency of International Concern by the World Health Organisation, the impact of the virus has had crucial implications globally. China being the vital link for trade has had to re-route containers and halt air and sea travel, disrupting the flow of global business by causing massive delays to industrial, food and other supplies.

International giant retailers like Ikea and Starbucks have closed their operations in China due to the virus. Also, the world’s top container lines Maersk, and MSC have reduced operations to China’s ports. Such closures of operations, factories, and supply to and from China has disrupted trade flow globally, thus impacting industries from retail to construction to tourism.

As a result, the market saw a drop in iron ore prices overnight - from $90 to $87.65 per tonne within 48 hours. Similarly prices for other raw materials have also seen a dip due to the drop in demand for Chinese industrial materials.

As scary as this may seem, the market is also noticing an increase in local supply prices since the 2019 n-COV outbreak that led to a standstill in supplies from China. Posing as a serious risk to the economy with no definite confirmation on when this outbreak will be contained, China’s economy will continue to see slow growth at least until the next quarter.

If the outbreak continues until March, this could heavily impact the GCC economy causing credit strains not just to China but to the rest of the GCC. For the GCC, it could potentially result in a short-term drop in oil prices according to S&P, which would also affect export volumes from 6 per cent last year to 5 per cent this year. Oman stands as the top GCC country in terms of oil exports, accounting for 45 per cent.

Although there may be massive delays in supply, and withdrawing of operations by industry giants in China, Chinese contractors seem to be making all efforts in the Middle East to ensure operations run smoothly on existing projects.

According to ProTenders data, China State Construction Engineering Corporation, the leading Chinese contractor in the Middle East currently has $23.8Bn active projects across the GCC.

Projects due to open over the next 3 years by CSCEC are well underway and haven’t seen any delays so far.