Five of the Finest Projects Coming Soon in the GCC

A ProTenders guide to some of the most interesting projects from the GCC, currently in either design or under construction.

The countries of the GCC have long had a reputation for building the most remarkable constructions. From high-end hotels to the tallest building in the world, the Arabian Peninsula is home to some of the world’s most famous buildings. What follows are some of the most exciting, ambitious projects underway in the region at present. From an incredible new children’s hospital to a public transport system and mixed-use residential and commercial properties, these projects represent the very best the GCC has to offer. Read on and discover how projects in the GCC are changing the face of design. 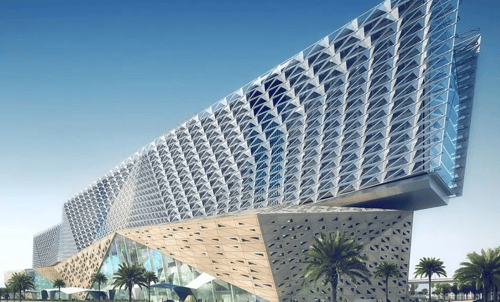 Kuwait’s Al Shuwaikh New Children’s Hospital is a state-of-the-art building located in the Al Sabah Speciality Medical Area in Kuwait City. With a little under 800 beds, the facility, for which design work is ongoing, will cater for both secondary and tertiary healthcare needs of all kinds. The design also features a helipad to facilitate emergency airlifts, a day care centre for infants, pre-toddlers and pre-schoolers and five shelters to protect from natural disasters. The unique design is that of a futuristic hospital replete with state-of-the-art technologies and environmentally-friendly elements. The Hospital was designed by international architecture firm with offices across North Africa, the Middle East and London. The project is commissioned by the Kuwait Ministry of Health and Kuwait Ministry of Public Works. 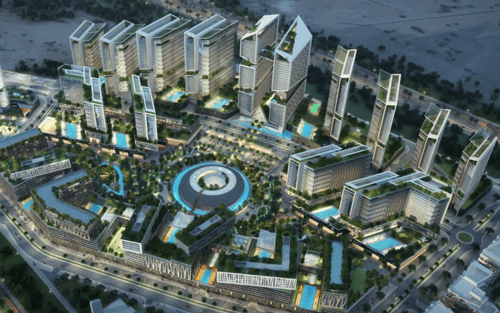 Created by property developer Oriental Pearls, Royal Pearls in an inspiring mixed-use residential site with commercial elements and community facilities in Nad Al Sheba First, Dubai. The complex is divided into three clusters of various heights. Each of the luxury apartments found within the site will range between one and four bedrooms in a variety of layouts designed to cater for the needs of the single owner all the way up to a large family. The majority of the apartments feature balconies or terraces and all feature fitted kitchens, smart technology systems and double-glazed floor to ceiling windows to ensure a fantastic view while maintaining the owner’s privacy; residents will be able to enjoy advanced home automation, smart services and intelligent climate control all year round. The development sits inside wonderfully manicured private grounds, creating a sense of lush separation from the outside world. 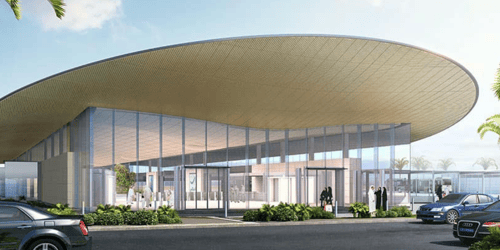 Designed by international design and architecture firms, The Riyadh Rapid Bus Transit System is an ambitious public transport system that involves the creation of 127 kilometres of bus lanes, 34 stations, almost 1,500 bus stops and six pedestrian bridges across the centre of the city. Designed for maximum coverage across the city, the project will result in the creation of 12 bus lines and other related residential and district lines. Alongside the new additions, the project will also include the rehabilitation of 22 kilometres of road, 21 rapid transit stations and 2,574 community bus stops. The project is set to cost 610 million USD and will reach completion in 2019. 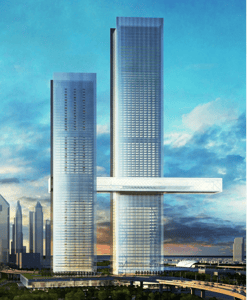 One Za’abeel is comprised of two commercial and residential towers linked by a suspended bridge on Sheikh Zayed Road, Dubai. The project includes residential units, two hotels, including a Kempinski, hotel apartments and more. At 67 and 57 stories, the towers are, without a doubt, eye-catchers, but the highlight has to be the world’s largest cantilever, named The Linx, that floating 100 meters above the ground and hosts a range of restaurants and lounges. One of the towers will play home to a One & Only hotel, which will include a mix of retail, F&B, and service options. The hotel will feature restaurants, a nightclub, a One & Only Gym, and a yoga studio, as well as private offices, executive boardrooms, and event spaces. The towers will rest on a three-storey hub on the ground level which will play host to retail spaces and leisure facilities. 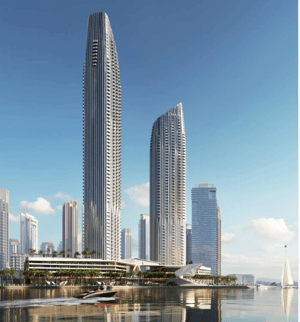 The Address Harbour Point Hotel and Residences is another incredible project in Dubai. Consisting of serviced residences and a hotel, the latest luxurious The Address offering is found in Dubai’s Creek Harbour. Connected by a glass pedestrian bridge, the two towers that comprise the project will stand at 65 and 53 storeys and represent the very best of luxury waterfront living. The Address Residences will consist of one- to four-bedroom homes and those looking for a step beyond should consider the Sky Collection, a series of four- and five-bedroom penthouses on the upper levels.

Inspirational, ambitious, these projects represent the very best the GCC has to offer. From healthcare to public transport, from hotels to private residences, the region continues to lead the way when it comes to remarkable creations, daring designs and the sheer scope of the process.

For further detailed insights including developer, consultant, contractor and decision-maker information on the GCC market's projects from design to delivery, request a demo today at www.protenders.com.

Recap of ProTenders' Sponsorship and Participation at The Big 5 2018

Three Pitfalls for Contractors to Look Out for in 2019